Technology: People are embedding microchips under their skin to replace ID cards 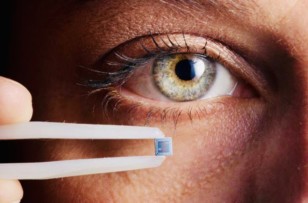 In 2017, Swedish tech company Epicenter announced about 150 employees agreed to have a microchip inserted in their hands. Epicenter and a handful of other companies are the first to make chip implants broadly available. In fact, they’ve become so popular that there are monthly events where people can opt-in to get chipped for free!…

In 2017, Swedish tech company Epicenter announced about 150 employees agreed to have a microchip inserted in their hands. Epicenter and a handful of other companies are the first to make chip implants broadly available. In fact, they’ve become so popular that there are monthly events where people can opt-in to get chipped for free!

‘Biohacking’ is a term referring to the modification of the human body via technology. It has become more popular in recent years, with revolutions in technology taking us places we only ever saw on TV and in movies. Subdermal microchips themselves, however, aren’t new technology. We’ve been using them for pets, for example, since at least the 1990s. These microchips are inserted between the shoulder blades and carry information such as the name, phone number, and address of the owner. They help identify the pet and increase the likelihood of them being returned to their owners if they get lost or stolen. Additionally, the US Food and Drug Administration (FDA) approved RFID (radio-frequency identification) tags for human implants in 2004. It’s only now that more people are aware of their existence and that ‘biohackers’ are increasingly turning to them. The small implants use near field communication (NFC) technology, just like contactless credit cards or mobile payments. With people becoming increasingly interested in ‘the Internet of Things’ it’s no wonder that we’re looking to microchips as the next big thing. The ‘Internet of Things’ is a catchall term for controlling everyday devices like lightbulbs and thermostats via the internet.

‘The biggest benefit I think is the convenience,’ said Patrick Mesterton, co-founder, and CEO of Epicenter. ‘It basically replaces a lot of things you have, other communication devices, whether it be credit cards or keys.’ Imagine being able to get in your car without having to worry about making sure you had car keys with you. Being able to get back into your home with a wave of your hand. It sounds incredible, but would it necessarily be worth the risk?

‘Of course, putting things into your body is quite a big step to do and it was even for me at first,’ said Mesterton, remembering how even he had concerns in the beginning. ‘But then, on the other hand, I mean, people have been implanting things into their body, like pacemakers and stuff to control your heart,’ he said. ‘That’s a way, way more serious thing than having a small chip that can actually communicate with devices and can replace your ID card or your credit card, for instance.’

Another prominent Swedish company to use biometric chips implanted into hands is SJ. SJ is the first travel company in the world to let people use this method instead of a paper train ticket. As above, the tiny chip implanted in users’ hands has the same technology as contactless bank cards and can be ‘swiped’ or ‘tapped’ at a scanner. By 2017, around 2000 Swedes had the chip implanted in their hands, with 200 expected to utilize the technology for travel.

SJ’s spokesperson says: ‘As north Europe’s largest train operator and one of the top 10 digital companies in Sweden, we are at the forefront of digital developments.’ When asked what people think of the idea, they said ‘Some people are confused and think they can be tracked via microchip – but if that’s something they’re worried about, they should be more concerned by their mobile phone and credit card use. You can already be tracked in many different ways other than a microchip.’

Popular smartphones and watches already utilize contactless payments. Some bank cards have contactless payments too. Is microchipping ourselves the next step in our evolution and the evolution of technology, or is it taking things that one step too far? I’m happy with my smartwatch step counter for now. I’m not sure I’ll be lining up to get chipped any time soon, as convenient as it may be.